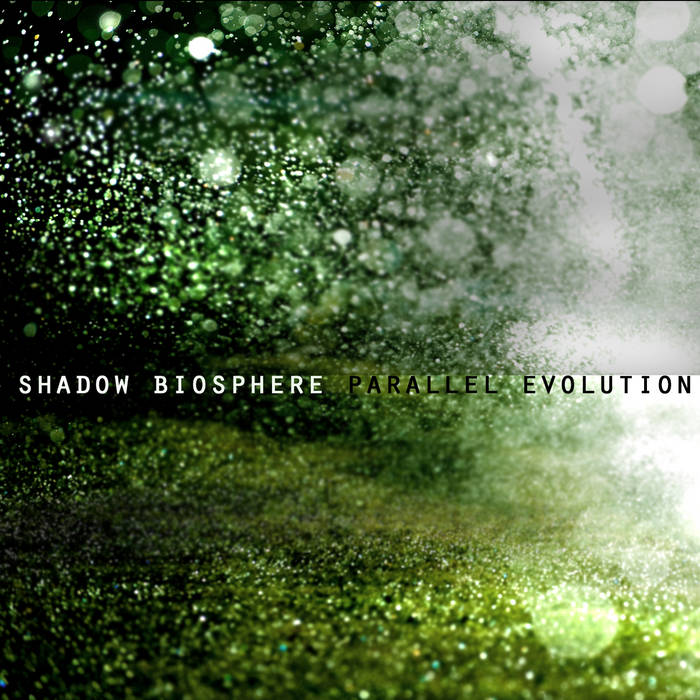 Sonically drawing on dark ambient, bio-acoustic, primeval, abyssal and imagined sound worlds, ‘Parallel Evolution’ evokes the hidden life within and beyond our known realms. Richly textured ambient soundscapes are infused with found sounds and the organic pulses of natural forces, to summon immersive new perspectives on subatomic and multiversal dimensions.

From the powerful opening title track, ‘Parallel Evolution’ is a compelling exploration of unseen biospheres and hidden lifeforms. Inspired by astrobiology, quantum theory, eastern travels, William Blake, Alan Watts, improbability, the interplay of science and art, the multiverse and 'a world in a grain of sand', Shadow Biosphere's atmospheric conceptual soundscapes connect the eerie whirl of planetary forcefields in the solar system's outer reaches with dark deep terrestrial worlds and the lifeforms that inhabit earth’s uninhabitable places.

‘Parallel Evolution’ explores the concept of a possible world of non-carbon-based life that is so different to what we think of as 'life on earth' that it is imperceptible to us. An invisible simultaneous biology in the midst of our own: the bacterial life that inhabits uninhabitable environments on earth - and beyond - points to this probability. Shadow Biosphere brings together extremophile organisms in sub-arctic ice, sentient mycelium networks, the microverse and interstellar microbial flows in an exploration of imagined shadow life on earth and elsewhere.

5. Psychrophile
Thanks to Carmen Braden blackicesound.com and Marlin Ledin marlinledin.com for use of their field recordings
Copyright-free sample via NOAA PMEL Earth-Ocean Interactions Program www.pmel.noaa.gov

Bandcamp Daily  your guide to the world of Bandcamp

Interviews With Butcher Brown and Slauson Malone, plus LP of the week by SAULT.